Fathers Day: what being a dad teaches me about managing digital projects 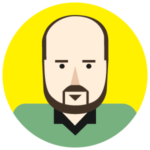 The dentist appointment is in one hour. It is a thirty minute drive, but I already know I am going to be late. I know because the appointment is for my four children and they haven’t got their shoes or coats on yet. In fact, they are still watching TV. It’s over. I’ve blown it. I can see myself calling the dentist and pleading with them to hold my slot, again.

If you don’t have kids, you probably can’t see the problem. It goes like this: they’ll all ignore me when I tell them it’s time to go. I’ll ask them to go to the toilet and put on their shoes and coats. They’ll all refuse to go to the toilet and claim that they just went a minute ago (of course, when we arrive they will all be desperate for the loo). After much yelling, many threats, some bribery and a spot of baby wrestling, they’re in the car, wearing an assortment of inappropriate shoes and coats.

There is a project management lesson here somewhere…

Even though the dentist appointment was ultimately for their own benefit, my children (the internal stakeholders) had their own agendas.  By not discussing the dentist trip (aka the project) with them first, but landing it on them and by not allowing sufficient time for them to complete their tasks (toilets, shoes, coats) they didn’t get onboard quick enough and  I had doomed my project to failure.

If I had treated the situation like a work project, with a little research, stakeholder consultancy and contingency planning, I would have met my deadline and prevented everyone, including the primary stakeholder (my wife), being annoyed with me.

Just like with the dentist, your own internal stakeholders can work against you and prevent you from getting your website or marketing campaign off the ground. In our experience building large scale web projects, we have found the biggest delays come from the client themselves. Usually, this is either from stakeholders that delay decision making or delays in content writing (again, often due to key stakeholders not contributing).

Even though the marketing team warned the internal stakeholders; asked them to prepare thoughts in advance, review existing copy, speak to their team about user needs, and asked them to review the recommendations or the designs, they still cause delays. Usually it’s random or new information, but moaning post-launch that something is missing is the most frustrating. The marketing team look bad and everyone is annoyed.

This is not a new problem. In a 2017 survey,  78% of respondents said that they’d like business stakeholders to be more responsive and engaged in the project.

How to get stuff done

If you’ve had delays in your digital project, I sympathise. We’ve been there and suffered with the client, trying to get stakeholders to commit. We’ve developed a few strategies for this problem over the twenty years we’ve been running. There are many project management methodologies that claim to help with this, but we’re about getting stuff done, so rather than look at the theory, let’s look at some practical steps in a web project that can prevent delays.

It’s super important to carry out internal and external stakeholder research. Also, while you can do it yourself, it’s much better for the agency to do it. Firstly, even if no new information surfaces, it engages all of the departments and their teams in the process. Secondly, you’ll be surprised how often new information about customers and users crop up from these interactions. Finally, it is much harder for someone to ignore a third party coming in to consult with them on how to make their job easier. It’s like kids – they are always better behaved for strangers than their own parents. And of course, if they do refuse to take part, it is much harder for them to moan later.

We recommend interviews, surveys and UX testing with internal stakeholders as part of the planning process. While you might be tempted to skip this for speed, it normally results in a better outcome where everyone is engaged and can reveal the secrets only they know about.

So, that gets them onboard with the process but how do you get them producing stuff you need, like; case studies, images, and testimonials? To get them onboard with writing copy, we recommend using tools like Gather Content, which lets us define the content structure of pages, the word count and other important elements. This allows them to get across what’s important. Then a copy editor or your team can fix it for the brand house style. It also lets you start on content early in the process and gives you a collaborative platform to marshal. Everyone can see the new structure and understand what’s coming.

The final thing to remember is time. Just like with getting kids out the door, it always takes longer than you think. Internal and external stakeholders are busy and have their own challenges to deal with. You need to allow time for slippage and delays. Whilst it is tempting to say, if you don’t contribute now, you can’t later, a delay at the start is much better than a redesign or rebuild.

What’s worse than a stakeholder not contributing? When they get too involved. It’s like my children making me breakfast in bed on Father’s day: jam everywhere but the toast and coffee in my cornflakes…

If you want more advice  on digital… or parenting, drop me a line.

How to run a web project remotely: Design and build.

View How to run a web project remotely: Design and build.

How to run a web project remotely: Briefing and selecting an agency.

View How to run a web project remotely: Briefing and selecting an agency.